Facebook will not allow to buy ad spaces to some pages.

Recently, Facebook announced that it would block pages that share false news from option to post ads. So, in the case, if the ‘offense’ is committed only once, it will block only the ad post that linked to a fake story; while in the case, when page ‘reoffends’ many times – Facebook will restrict the advertising function for the page completely. The social network is also doubting whether ‘rehabilitated’ from fake information pages will be able to restore their rights to run ads again or not.

Such strict rule was decided to be involved after Facebook has discovered some precedents, where pages used Facebook ads to increase the amount of audience and deliver fake news at a larger scale intentionally.  The news will be checked by third-party fact-checkers and if the false information is detected – the page will not be allowed to buy ads on Facebook even if it affects Facebook revenues. Users will also be able to take part in capturing the ‘offenders’ by reporting the false information directly through the post: 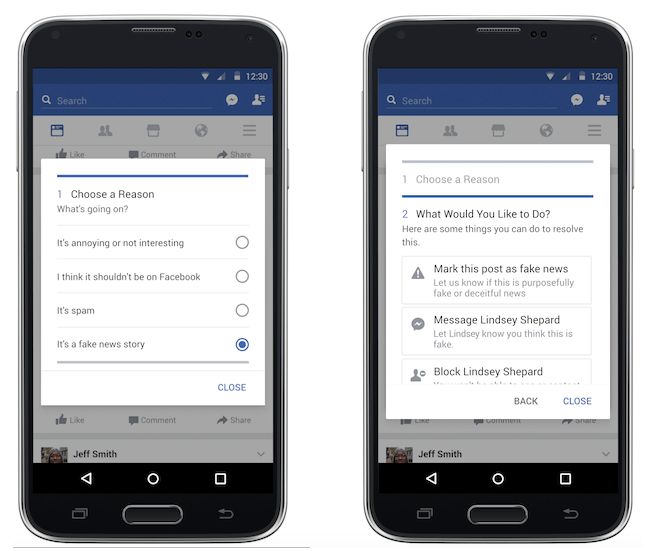 The policy is implemented in order to reduce the fake news and posts on Facebook and make the content more qualitative. “False news is harmful to our community. It makes the world less informed and erodes trust” – say Satwik Shukla and Tessa Lyons – Product Managers in Facebook.