Mobile ads spending is about to exceed traditional and desktop ads

It was estimated that by 2019 advertisers will dedicate maximum of their material resources on mobile advertising in comparison to traditional ad channels (e.g. newspapers, magazines, radio). To be more specific – global ad costs on mobile expected to reach $156 billion and make 62.5% of internet expenditure, which will leave traditional media ads costs far behind with its $93.5. 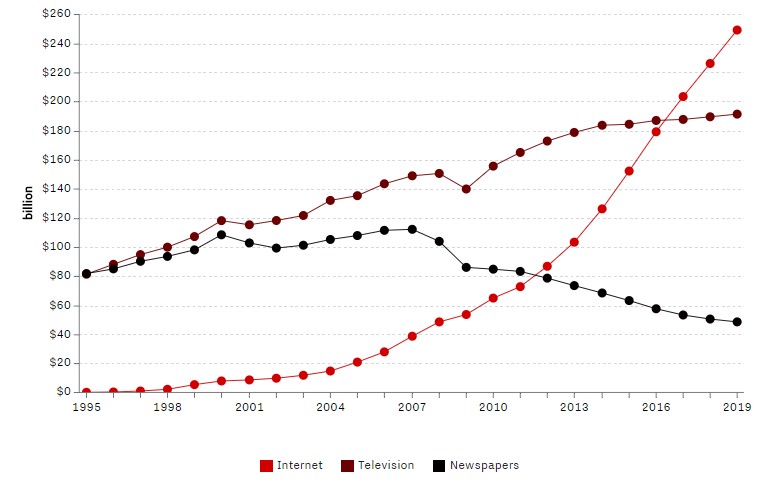 Mobile ads costs are expected to slightly surpass the desktop ad expenditures even by the end of 2017. The difference will continue to rise by 2019 as well. Thus, as mobile expected to worth about $156 – desktop expected to maintain a bit more than the half of mentioned with mobile number – $94. 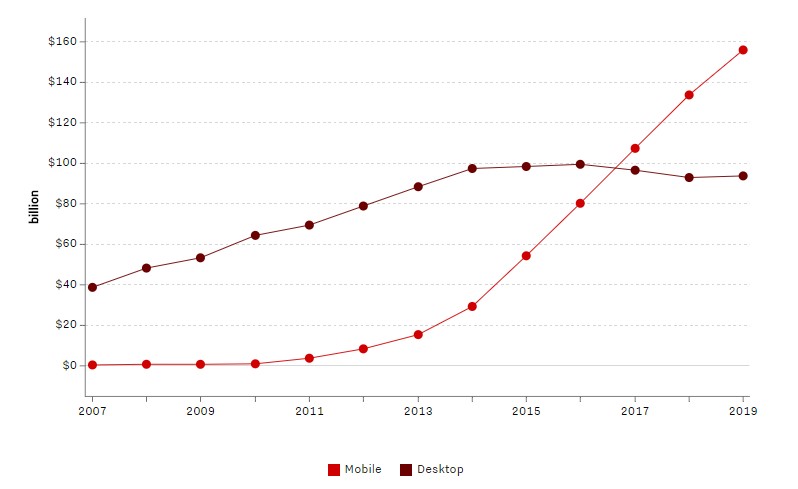 One of the reasons of that is the continuously growing amount of mobile devices worldwide. Such as, from 2017 to 2019 the number of them predicted to grow by 300 million and reach 5.07 billion. Also, with the number of devices, there will be a increase of time that people start to spend using them.

Mobile is becoming a dominant player in the lives of people. Smartphone users cannot imagine their normal daily timetable without checking familiar social networks, chatting in messengers, playing games and skimming news feeds. Majority started to go shopping online, order food online, read books online, learn languages online and all these from their mobile devices. With the growth of a number of devices, people expected to stick to mentioned routines even more. Well, these predictions prove the estimations of increase in future mobile ads costs and promise a great future for mobile advertising.